Chairman of the Advisory Board of Fenner Group: Uwe Fenner

Startseite » Contact and legal notice » Chairman of the Advisory Board of Fenner Group: Uwe Fenner 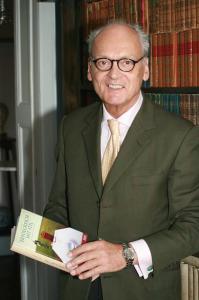 Uwe Fenner studied architecture, art history and law. As a lawyer, he passed the first state law examination (Assessorexamen) at the Higher Regional Court in Hamm in 1971 and the second state law examination (Assessorexamen) in Düsseldorf in 1975. Parallel to his legal clerkship, he was already building up his first company. For this reason, his legal clerkship lasted somewhat longer than usual. He had only dropped out of his architecture studies because of mathematics, “which I no longer understood after the second lecture at the Technical University in Munich. On the occasion of his change of studies to law, his parents, both doctors in Dortmund, who believed, not entirely without reason, that their son was a slowpoke as a corps student (Corps Suevia München) in the beautiful city of Munich rather than a lack of understanding of mathematics, ordered him to move closer to home; the newly founded Ruhr University in Bochum came into question. But Uwe Fenner did not last long there and moved to Münster, where he also successfully completed his law studies.

After his first state examination, he initially worked for a company belonging to the Kienbaum Management Consultants Group. As assistant to the then owner Gerd Kienbaum, who was also a member of the German Bundestag (FDP) and Chairman of the Economic Policy Committee of the German Bundestag, he was involved in organizing Kienbaum’s “Wednesday Talks”. These were rounds of talks in Kienbaum’s private apartment in Bonn at which representatives of industry, associations, the ministries concerned and members of the Bundestag discussed a specific topical issue of a proposed law without journalists, i.e. without the public. Here Uwe Fenner learned the meaning of lobbying and networking. Although no one used this latter term at the time, Uwe Fenner later practiced the useful objective and knowledge of how to do this in his events in Frankfurt and Berlin/Potsdam.

The next stations were then the structure of the own company in Dortmund, the shift and change in the enterprise object, i.e. personnel consultation, and in the place, to Frankfurt/Main. 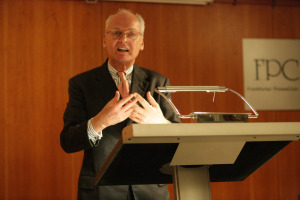 Later, the expansion of both the focus of activities in the direction of management consulting and management training, as well as the offices took place, at the top with branches in Potsdam, Berlin, Düsseldorf, Munich and Hamburg. This expansion took place before, during and after the fall of the Berlin Wall to a company with 6 subsidiaries and a total of 450 employees.

The company MIDAT in Potsdam, which was taken over as a former GDR computer center completely broken, then gradually became the headquarters. Here, Fenner also converted a dilapidated former single-family house with a coach house at the Jungfernsee, located close to the “Neuer Garten”, the palace park of the royal palaces “Marmorpalais” and “Cecilienhof”, into the central and representative company residence. “Risen from Ruins”, the national anthem of the GDR, could rightly be sung rather AFTER the fall of the Wall, and Uwe Fenner, also with subsidies from the EU, had an ensemble of Tudorgothic architecture built there, which consisted of a castle-like main building reinforced with three towers, which formed the headquarters of the constantly growing group of companies “Midat AG Fenner Group”, and a former coach house, now enlarged threefold and embellished at least tenfold, which served as a guest and event house and as an apartment for the owner Fenner.

In this ensemble, work was done diligently, but also the famous Jahreszeitengespräche ® and many other meetings with entrepreneurs and with political celebrities took place here.

The demise of the New Economy was also a hard break for Uwe Fenner. For in addition to the conservative, well-performing consulting firms, the Midat Group had also been involved in the development of various multimedia and Internet solutions in another three companies. But the desired IPO, with which the investors necessary for the impressive growth then also wanted to make themselves rich in a hurry, failed, and Uwe Fenner had to hand over the well-running consulting firms to the investors in order to avoid insolvency, with which the investors wanted to overburden him. This succeeded. And he also succeeded in continuing and restructuring Fenner Group GmbH & Co. KG.