History of the Fenner Group

Startseite » History of the Fenner Group

The Fenner Group GmbH & Co. KG will be able to celebrate its 50th anniversary in 2022. In this almost half century we have been able to gather highest competences in sales, consulting, auditing and coaching functions, expertise that we use today. Its predecessor company, from which the company originally emerged, was founded by Uwe Fenner in Dortmund in 1972. Since 2013, Uwe Fenner’s nephew Damian Fenner has been the company’s managing director and sole owner, and has expanded what was then a small company into an ambitious Berlin-based and Germany-wide project developer.

Originally active as a marketing and public relations consulting company in Dortmund, the business purpose changed in 1983 when the company moved to Frankfurt am Main. 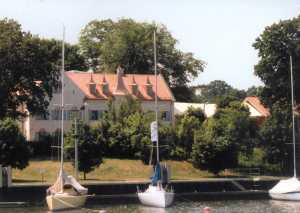 In Frankfurt, the focus was on management consulting with an emphasis on personnel consulting, auditing and coaching. As an executive search or headhunting firm, the company – then renamed Fenner & Partner Unternehmensberater, later renamed Fenner InterSelect – achieved great success in the market for executive recruitment. The personnel consulting firm successfully worked for all major German banks (Deutsche, Dresdner, Commerz, Bayerische Vereinsbank, later HypoVereinsbank, WestLB, DG-Bank, as well as many smaller ones, such as Sal. Oppenheim or Merck-Finck and many other foreign banks, also active in Germany, such as Royal Bank of Canada, Arab Banking Corporation or Sanwa Bank, to name but a few). In addition, the headhunting firm, which at its peak employed 42 consultants (plus as many researchers and back-office staff), was active as a recruiting specialist in the automotive industry. Above all BMW and Volkswagen, but also SEAT, Skoda, Peugeot and Aston Martin belonged to the long-standing clientele of the personnel consultancy. Furthermore, companies of the “classic industry” were Fenner clients: ABB, Babcock, Siemens, and solid medium-sized companies, such as Klinger, Ekato, Flender and others.

In addition to these three industries, for each of which there were two to three specialized consultants in partner positions, our headhunters also provided pharmaceutical companies, a large waste disposal company, the largest German catering company LSG and smaller companies with board members, managing directors and other executives. The executive search was often preceded by a detailed personnel audit. 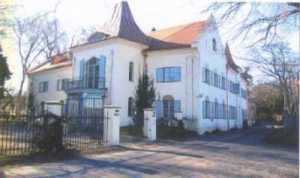 The intensive preoccupation with the specific concerns of the various companies on the one hand and the market expansion after the reunification of Germany on the other hand led almost inevitably to the formation of a group of management consulting services in the 1990s, so that in addition to personnel consulting we also built up a management consulting and a training company. With the latter companies, especially after the reunification, we supported the large state-owned companies, such as Deutsche Bahn and Deutsche Telekom, in making the transition from public authority to company through consulting and training with our “customer-oriented management”. Management audit, seminars and coaching were our effective tools and consulting products here.

In the New Market period of the late nineties, we then tried to complement our conservative consulting activities with the new products of the New Economy with several rapidly established Internet companies. After all, with our subsidiary “Absolute Sports”, in which Borussia Dortmund also held a stake for a while, we had, for example, created the first livestream that broadcast soccer matches live on the Internet. That was in 2000.

However, the planned IPO of the group, which had grown to a strength of 448 employees in total and operated under the name MIDAT AG with its headquarters on the Ulmenhof in Potsdam and with branches in Berlin, Frankfurt am Main, Munich, Hamburg and Düsseldorf, failed in 2000; we were a bit late, the stock market hype of the New Economy was over. The consulting firms were taken over by the meanwhile won co-partners who wanted to earn a lot from the planned IPO.

After a short pause for reflection, Fenner Group focused its activities solely on real estate. Driven by the then new partner and sole managing partner Damian Fenner, the companies established themselves in the Berlin real estate scene.

As a developer we buy with the company Fenner Group GmbH & Co. KG or one of its subsidiaries – if necessary also together with partners – apartments, houses, residential complexes or commercial centers and resell them after redevelopment or restructuring. Furthermore, depending on the concept, some properties are also incorporated into the company’s own portfolio. Since 2020, the Fenner Group has also been building complete new buildings under its own management.

Together with architects, we increase the value of land by creating building rights and realizing new buildings. With the subsidiary Fenner Grundstücksgesellschaft mbH, we thus develop plots of land to higher value. In addition, with Fenner Group we act as consultants and service providers: We provide assistance in the preparation of major real estate transactions and develop real estate investment strategies for family offices.

As an agent, we market apartments, houses and plots of land with the company Stadt & Raum Immobilien Fenner GmbH, primarily in the greater Berlin area, and are primarily responsible for the sale of the real estate developed by the sister company Fenner Group GmbH & Co. KG or by one of its subsidiaries.